Well that was God-awful !! 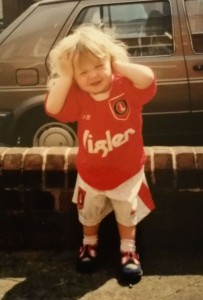 Well … to quote myself, “Here’s hoping that today might be the start of this expansive, goalscoring side that KR has been gushing about.”

Possibly one of the most appalling team performances that I have ever witnessed – an almost complete lack of effort.

There just was nothing there apart from the first few minutes of each half – after which we just didn’t do anything.

Do I go through the team and individually comment ?

I don’t think I can if I’m honest – it would be too depressing.

What I will say is that Dillon Phillips is a good keeper but is too young and isn’t ready for the first team – poor decision making at times and distribution. Ezri Konsa is not a full back (we have one in Kevin Foley – play him).

Morgan Fox is a good player but needs support on the wing which he does not get, neither Jordan Botaka or Ademola Lookman give him any protection whatsoever, he never has an easy out ball down the line and neither of them even consider covering for him when he gets forward. He also didn’t look fit to me.

It’s no surprise that his confidence is shot to bits but the cheering that went on when he got substituted was thoroughly unhelpful, unnecessary and unpleasant.

One wonders how many of those cheering would have done the same had it been Ademola Lookman that had been substituted instead, especially as he was as bad if not worse than Fox as he is (allegedly) a star in the making.

His performance was awful, his set pieces were shocking, ignoring the last minute fall over, the free kick we had thirty yards out in the first half was surely calling for either a blast from distance or better, a clipped ball into the tall boys at the edge of the box, but no, a one-two and a no-chance dance at the first of two lines of defenders.

He gave the ball away so many times it was on the way to embarrassing with people around me (and me) calling for him to pass every time he got possession before he could lose it.

Yes, he’s young, yes he’s still learning but do something about it – take the pressure of him by taking him off, or better, not starting him.

Opponents have worked him out … get tight, kick him a few times and knock him about and he tries too hard and then disappears when things don’t work for him.

Adam Chicksen needs to start – he was the only player who actually looked like he was interested in having go – at Milton Keynes away he was great going forward from full back.

We seemed to have no leadership at all, we missed Jacko in the centre of midfield (I know I’ve said he shouldn’t be playing but away at MK he was very good at the back point of the diamond) and very little fight.

Nicky Ajose needs either dropping or a hefty kick up the arse.

He’s not going to dance past two or three and ping it in the postage stamp but at the moment he’s not even getting in the right positions.

The frustration is shining more and more brightly as he waves his arms about and moans when he doesn’t get the pass – the worst time when Josh Magennis didn’t pass but took the opportunity to shoot. To be honest, who wouldn’t shoot in that situation ?

It wasn’t so much the moaning, it was the complete lack of thought to chase the ball as it ran away, instead berating his strike partner for not squaring it.

It’s time for Mr Robinson to start fulfilling some of that promise he’s been spouting instead of trying to be everyone’s mate.

I appreciate there’s not a lot he can do once the players get on the pitch, but he can have a rant and a rave from the technical area and make some sensible changes.

There is no way that Lookman should have stayed on for the ninety minutes – replacing him with Chicksen on the left would have given us a better attacking option as Lookman had been shit and would have also provided poor Morgan Fox with the protection and support he’s been missing.

This wingers playing narrow crap is exactly that – they become useless from an attacking point of view as there is less space to work in and more players to beat, and neither of them have a clue about defending so would be of no use to the other two in midfield.

And as for bringing Joe Aribo on instead of Jacko in a game where we’d been bloody awful and the rest of them needed a kick up the backside, I just think there’s something a bit fishy going on.

The whole lot need to practice the basics – we must have had the highest percentage of misplaced passes this season so far.

Okay, can’t talk about this any more … we’ve got Millwall on Wednesday and a performance like that will have them laughing at us for years to come.

Possibly more importantly I’ve just received four tickets for Southend away on New Years Eve. What I don’t need on the last day of the year is a drive back to North Essex with brother and his girlfriend and my wife telling me how bad we are.

If the thought of a London derby against Millwall can’t get the players up enough to put in a performance to somehow try and erase Saturday from our minds then I fear for Karl Robinson making it to the end of the transfer window.

And on the subject of regime lackeys, clearly Mad Roly is still listening to them. The latest craziness from our Belgian owner has him calling supporters stupid and chucking the same at Chris Powell.

Personally I think someone who is happy to spend lots of money employing public relations people and then spouting utter tosh without checking with them is possibly more stupid.

But what do I know ?

One thing I do know agrees with the out-take from ‘Getting To Know The Network’; if those players his super scout found us were any good at all wouldn’t they still be in the team ?

Ultimately, what matters for me are the results on the pitch … so come on chaps, fingers out and show a bit of fight at Millwall for Christ’s sake.