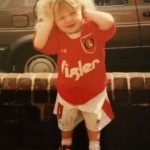 Well, I was just starting to get a little bit more positive about ‘on the pitch’ matters following our 1-0 against Chesterfield and the FA Cup win over league leaders Scunthorpe and then we go live on SKY.

But before we talk about today, let’s reminisce for just a moment over two home wins.

Chesterfield wasn’t great by any means, Nicky Ajose finally got himself into scoring positions but couldn’t finish and Josh Magennis was denied by a good save while Chesterfield hit the post, Lee Novak came up trumps with a super header from an equally super run and cross from Ricky Holmes and we still nearly drew with a deflected Chesterfiled shot flying just wide in the final moments.

So three points but just another papering over the seemingly ever-increasing cracks. But then we have Scunthorpe at home in the cup and we go and win it 3-1 with a pretty good performance.

I wasn’t going to go but changed my mind and was pretty glad I did. Nothing great from either side early on, Ricky Holmes is forced off through injury and then substitute Ademola Lookman pings a purler into the far top corner to put us one up and all of a sudden the confidence was back.

Magennis nearly scored a second straight away but Johnnie Jackson made it two five minutes before half time with a low drilled effort that went through a pair of legs before finding the far corner.

The second half started well for Scunthorpe and Declan Rudd kept us in it with a couple fo great saves but the goal was always coming and Scunthorpe finally notched after 52 minutes with a header from Tom Hopper.

I would have happily taken a replay there and then (well, not really) but fortunately we hung on through the pressure and then a break from Crofts and Ulvestad created a chance for Lookman and he tucked it away off the keeper to put our ball in the bag for round two.

(The least said about home to MK Dons the better – another crappy cup draw !!)

Oh, at this point I should mention that we bought tickets for Bristol Rovers away before the game with the chappy at the window looking at us like we were mad !!

Living in the bustling centre of lower league football that is Colchester we decided that despite its entirely pointlessness, we would travel the ten minutes to the Weston Homes Stadium for the final group match in the Check-a-Turd Trophy.

The calculations required for us to go through were a little mind-numbing but whatever else was required, the important thing was firstly to win the game.

Bizarrely, my brother’s girlfriend chose to make this her first proper football match (I think).  She supports Bradford (family are northern) but not sure whether she’s ever been and to be honest can’t be bothered to check the facts that closely.

Anyhoo, she’s never seen Charlton play before and why not start in the Check-a-Turd ?

Still, we weren’t too bad in the first half, Nicky Ajose nearly had a nose bleed when we put a cross low into the six yard box but he stuck his chance away.

Helpfully (and not at all karma) the Charlton contingent asked Russell Slade the score and before the cheers from his response had died away, Macauley Bonne equalised for Colchester.

They certainly had the better of the second period and except for a couple of very late chances that we should have done so much better with, the game was destined for penalties.

And we lost … with Ezri Konsa failing from the spot to give Colchester the extra point.

By the way – who came up with THAT stupid idea ?

Anyway, not a competition we (or indeed anybody else) is all that bothered about, a couple of thousand (maybe) watching two lower Premiership Under 23 teams play out the final at Wembley looks like a real huge success for a competition completely ruined !?

Positives ? None really, we didn’t look like we had a plan, Konsa as wing back looked lost and second half without Crofts at least winning the ball in midfield we were awful.

Joe Aribo was praised by Slade, maybe he was watching a different game to me, or maybe Aribo was just the best of a bad bunch but I didn’t see a lot there at all.

Freddie Ulvestad had what must be one of the worst performances of his career, half the time he looked like he wasn’t sure what colour we were playing in.

And talking of that, there were a couple of times today watching us capitulate to Swindon that I thought we were playing it around nicely until I remembered that we were the team in purple !!

There really isn’t a great deal to say. One of the worst performances I’ve seen in a very long time. Okay, we had a few players out through the international call-ups and Ricky Holmes hadn’t recovered from his foot injury but really, is that the best performance they can provide ?

I have to be honest, that doesn’t lie at the feet of the owners today. Things at Charlton are a long, long way from being even okay, but surely the players must be looking at themselves in the reflections of their mobile phones and thinking both individually and collectively, “Didn’t do enough”.

I can’t even remember us creating one meaningful chance.

The first goal was a complete fluke with Rudd completely wrong-footed by the deflection for the opener but Swindon certainly deserved their lead at half time and just continued it after the break.

We couldn’t string three passes together, seemed to have no idea what to do going forward and as usual resorted to hopeful punts forward hoping something might materialise from nothing – it never did !!

Ajose never got a sniff of a ball across the box and clearly outside the penalty area he unfortunately brings zip-diddly-doo to the team. Lee Novak lacks pace, so we hoof it beyond him into the channels to chase !?

Russell Slade comes out afterwards and apologises for the performance – not enough mate I’m afraid – most of the teams in this league are pony but we look (despite our supposed experience at this level) like we either haven’t got a clue or don’t give a shit.

To be honest, I think we might be down in this division a bit longer than last time round ….

Back at home again Saturday against Port Vale, let’s just hope that we can turn in a performance like the first forty five minutes up there (but take our chances too).

Oh, just a quicky, well done Tom & Nathan on FanTV in the week – nice to see two people talking sensibly about the Charlton situation and even better to see a host who had taken the time to look into the reasons behind the protests – take note Sky TV.